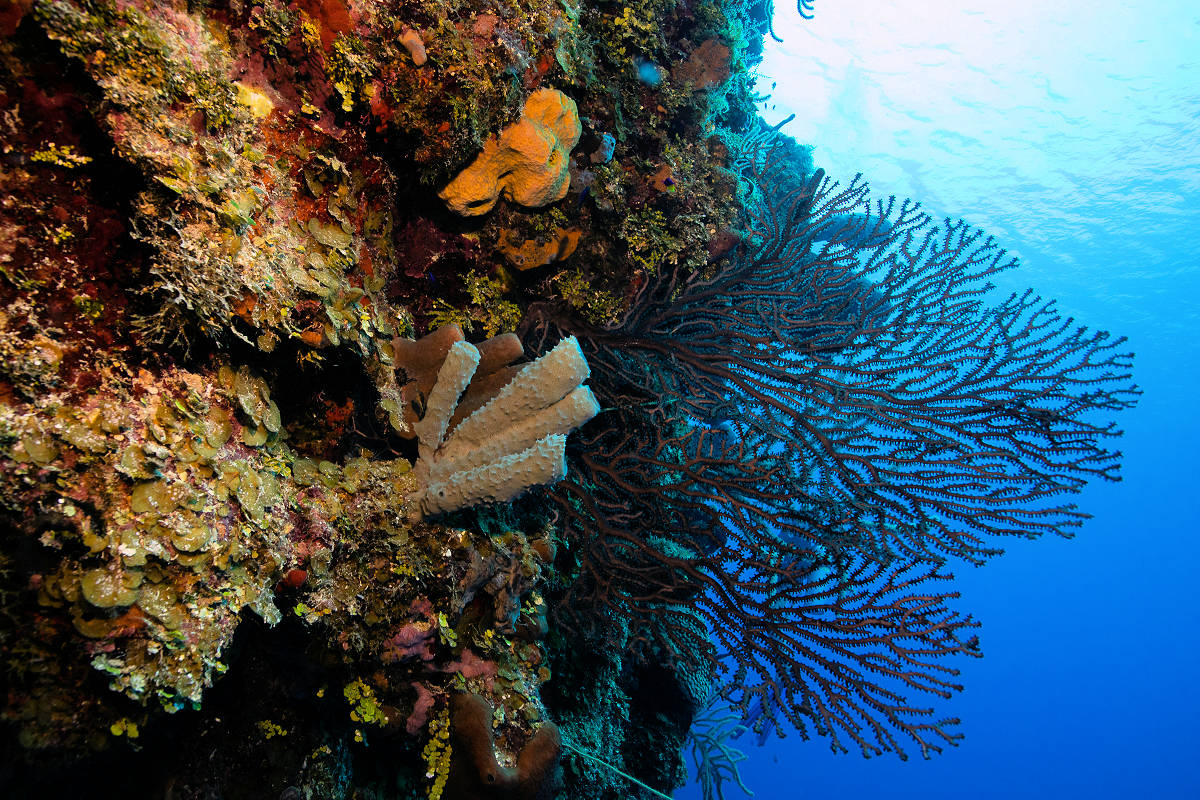 My first visit to Little Cayman was in the 90’s. I took a day trip where we snorkeled over Bloody Bay wall and had a short tour of the island. The quiet and lack of human presence lets one imagine what island life was like long before tourism driven development changed many of the islands in the Caribbean. As great as the diving is on Grand Cayman, thoughts of diving on Little Cayman never quite went away.

The Cayman Islands regularly appear on lists of leading destinations for diving. Recognizing the importance of the marine environment, the Cayman government initiated a marine parks system on all three islands in the mid 1980’s resulting in the protection of 14 % of the surrounding waters. In April of 2019, the government announced changes to increase those protected areas to 48 %. These “no take” zones are a combination of marine parks/reserves, environmental zones and wildlife interaction zones. For Little Cayman, the changes include an increase in no-dive zones in addition to the existing designated grouper spawning zones and other protected areas.

At ten miles (16 km) long and an average of 1 mile (1.6 km) wide, Little Cayman is the smallest of the three Cayman Islands. It also has the least amount of human development and although sources vary the full-time population is less than 300. Preserved by limited human impact, Little Cayman has not only a diverse marine ecosystem it is also home to a large population of Red Footed Boobies and frigate birds. It is also home to the endangered West Indian Whistling duck, endemic rock iguanas, anole lizards as well as land and sea crabs.

Little Cayman is blessed with clear water, diverse coral and fish species. This allows divers to easily find a wide range of marine life including: southern stingrays and spotted eagle rays; Nassau groupers; green, hawksbill and in mating season loggerhead turtles; as well as sharks with the most common being reef and nurse sharks.

Bloody Bay wall starts at 25 – 50 feet (7 – 9 meters) and drops straight down to over 1,000 feet. This provides great wall diving and an easy way to stay within safe diving profiles. On most dives we were able to spend time on the wall and then cruise along the top in the shallows and still find lots to see. Can’t think of a better way to get rid of nitrogen.

Descriptions of Bloody Bay wall claim it is sheer and straight. Still, I wasn’t prepared for how truly straight it was. You are able to look straight down for a long way and it almost is begging you to go down and explore. With recreational diving limits topping out at 120 feet, it did make me think for a moment that perhaps I need to consider taking technical training that would allow me to explore further down on another trip.